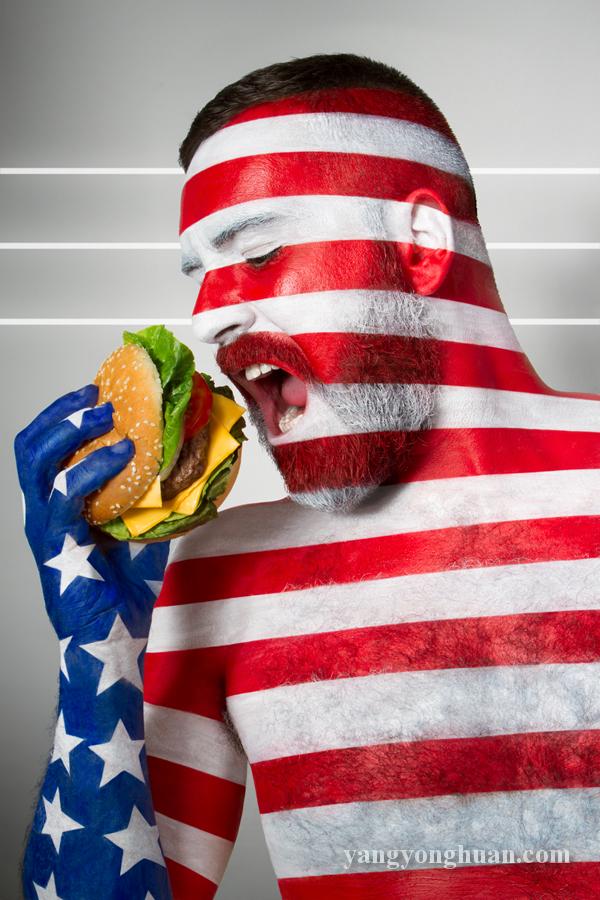 Juicy greasy cheeseburgers that are as American as apple pie, nutrient-lacking white rice that accompanies sushi in Japan…Paris-based photographer Jonathan Icher brought his idea to life with makeup . She covered the models (none of whom were fat) in body paint to turn them into each nation’s flag as Icher captured them stuffing their mouths with their flag’s counterpart foods. 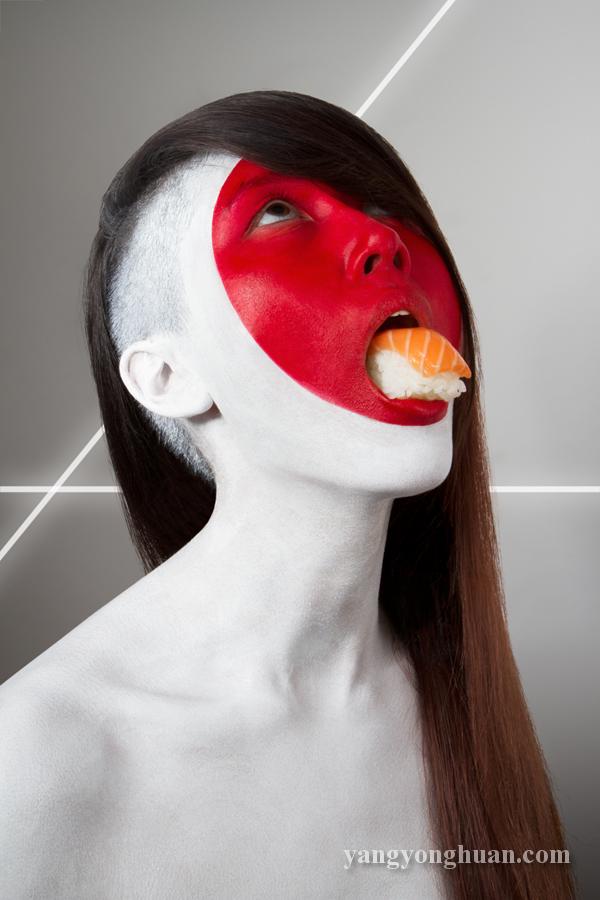 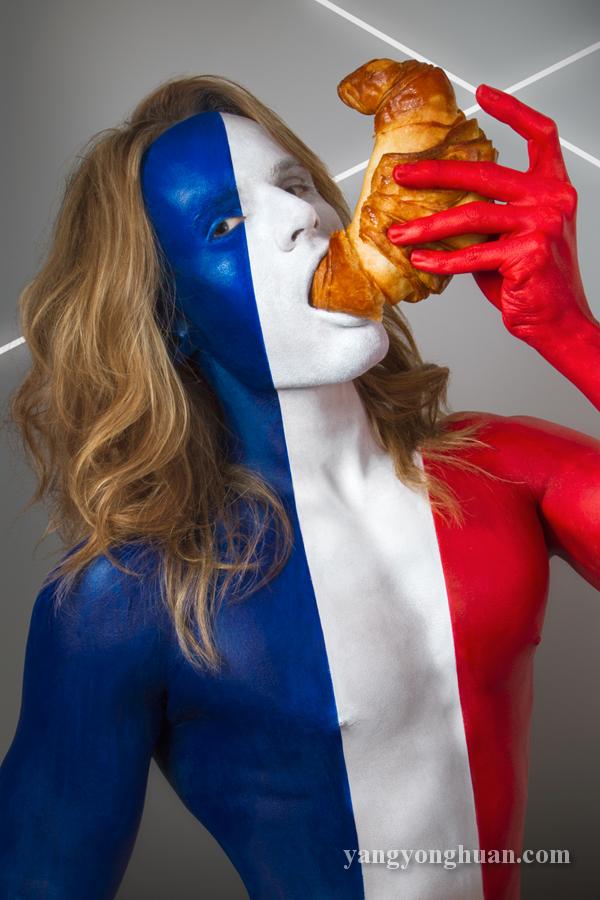